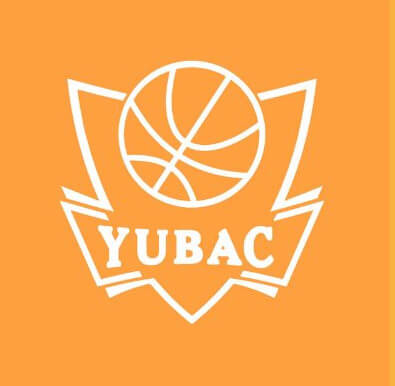 the camp to be loved

More than 30 years of taking up with young campers from all over the world.
YUBAC Basketball camp was founded in Belgrade, in 1991. Respecting the great reputation of Yugoslav basketball school and our eminent experts, we set ourselves very high goals from the start. The quality of our program, as well as the enthusiastic, dedicated and competent camp staff which takes care of every single detail – from accommodation to entire training program, created our reputation in European basketball circles. As a result of many analysis, mountain Kopaonik was chosen for camp location. In the first shift we’ve started with only 20 participants and coaches Predrag Živojinović, Zoran Milinković and Zoran Baljić who worked with them. The demonstrators were young basketball players from BC “Red Star” Dragoljub Vidačić and Dejan Tomašević.
Next year, 1994 is getting YUBAC, as a quality and perspective camp, among others its general sponsor “Hemofarm Koncern”. Hotel “Junior” with its outside courts soon became a real target for young basketball players. In the fortnight shifts, according to the rules of US “Five Star” Basketball Camp, practiced hundred of participants.
In 1995 eminent expert Dragoljub Pljakić became the head coach of the camp. That summer few hundred young players came through 6 ten-days shifts. That fact put us in the same line with some of the leading camps in Europe and the visit of Vlade Divac from LA “Lakers” was also the confirmation that we were doing our job in the right manner. We also completed the first program of the work which was based on Yugoslav school of basketball.
The number of participants was permanently growing. For the first time we had more than thousand campers with lots of girls between them. We decided to start with team preparations while some clubs showed interest for that. Except our promoters Dragoljub Vidačić and Dejan Tomašević, large number of basketball stars and coaches visited us on Kopaonik. Some of them were Jovo Stanojević, Igor Rakočević, Aleksandar Trifunović, Vladislav Lučić, Milovan Stepandić, Vlado Djurović, Dušan Ivković etc.
After five years we had all rights to declare YUBAC as the best basketball camp in Yugoslavia. The new things were advanced programs for girls led by Dragomir Bukvić and for boys led by Marin Sedlaček.
1998 for the first time, an American coach came on YUBAC. His name was Roger Tomson. Children from the whole Europe came that year, too.Some of the biggest companies showed interest for YUBAC and “Nike” became general sponsor for the camp equipment. Since 1998 we work with Yugoslav Basketball Association License as a quality guarantee.
Even though we were sceptical about the success of the folowing 1999, around 600 boys and girls who came on YUBAC inspite of bombing denied our theory.
1999 was the last year that we spent in hotel “Junior” in Brzeće. The basic camp was crowded so we decided to bring it to the higher level. Advanced programs for girls, as well as the shooting and camp for guards, were moved to the apartment settlement “Konaci” Sunny Peaks.
2001 we signed contract with the company “Genex” and reached the top of Kopaonik, while in basketball circles we were already synonym for top camp. NBA player Vladimir Radmanović came on YUBAC. We also started with the camp for referees. Next year 2002, we had 3000 participants from 41 country and 4 continents. 98 guards and 89 shooters without thinking came to the right place – YUBAC. FIBA World House of Basketball gave us the permission to organize European qualifications for cadetes. Zoran Sretenovic conducted the camp for guards. As the only basketball camp in Europe, at the year 2003 we got the FIBA license. By organizing the basket festival for boys and girls of the age of 10, camp for referees and for club preparations, we have integrated all segments of basketball play. With Five Star, the most famous camp in USA, this year we organized a cooperative camp with their program, which represents their first presence in Europe. The cooperation will be enhanced… To provide high quality of the program, we limited the number of participants to 200 for each shift and 48 for advanced programs. The first Mini basket Championship took place on Kopaonik last year. Dušan Ivković was our guest on Kopaonik, as well as some of the NBA stars: Željko Rebrača, Saša Vujačić, Raša Nesterović, Žarko Čabarkapa, Vladimir Radmanović and Sergej Monja – enough for entire NBA division team.
The number of countries our campers come from has been increasing year after year. It was contributed by an option of meeting the players of Serbian National Team who had the same conditions for preparations for all their competitions. The visitors during their trainings were Bogdan Bogdanovic, Nemanja Bjelica, Boban Marjanovic … The greatest attention was paid by Vasilije Micic who used to be our camper and, actually, took his first basketball steps on Yubac courts. From our attendant to the title of the best European player – he became the Euroleague 2021 MVP.  Along with top-level players, we’ve been visited by our best coaches – Sasa Djordjevic, Sasa Obradovic and our regular guest – Mr. Svetislav Pesic.